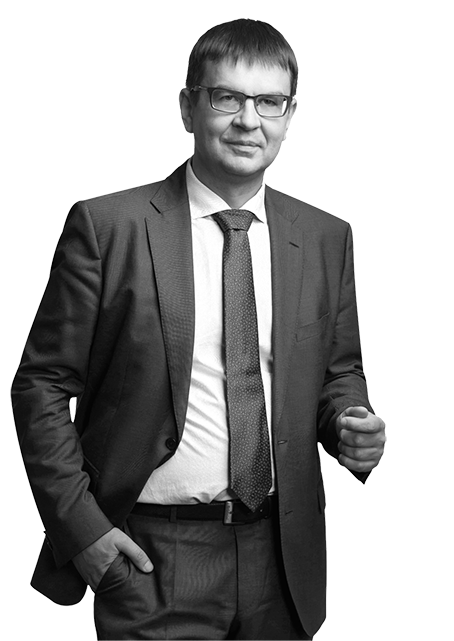 Chairman of the Board of Directors

Mr. Derekh’s experience in the field of investment banking, attracting investment has more than 20 years. At present A. Derekh is the Chairman of the Board of Directors at UNITER Investment Company.

In 1992, he began his professional career as an economic adviser at the Ministry of State Property of the Republic of Belarus on investment at major public-private projects in the oil and telecommunications sectors.


From 1994 to 2002 he was the Director for Investments and Corporate Relations of Slavneft (Russia-Belarus), and also coordinated the work of the subsidiaries on the territory of Belarus: OJSC Mozyr Oil Refinery (under his management, the total volume of direct investment in the projects of Mozyr Oil Refinery exceeded 300 million USD), CJSC Slavneftebank (directly involved in the establishment of the bank - now VTB Bank - the 7th largest in Belarus) and a retailer of petroleum products.


In 2002 he founded and headed the UNITER Investment Company.

From 2002-2012 he was the director of the company. The activity was focused on attracting large direct investments to the Republic of Belarus and working on projects for the World Bank, the European Bank for Reconstruction and Development, as well as with the largest international corporations - HEIDELBERGCEMENT, CRH, Knauf, Qatar Investment Fund, AXA Company, Gidromashservis International Holding, and the banking and financial group GetinHolding.


He acted as a financial adviser to major investment projects in the real estate, industrial and financial sectors with a total investment of more than $ 700 million.


From 2011-2012 he held the position of Director for Finance and Corporate Affairs at Slavkali LLC (a company that is implementing a project in the mining sector of Belarus with investments exceeding $ 1 billion).


He is the initiator and active participant of the Belarusian investment forums, as well as specialized international conferences on the development of the petrochemical sector of the Republic of Belarus. Under his direct supervision, in 2016 it was held the first forum in the Republic of Belarus "Broadening the Horizons: Investments. Finance. Development”, which laid the foundation for a new format for communication and interaction between foreign investors, international financial institutions and representatives of government and the national business community.